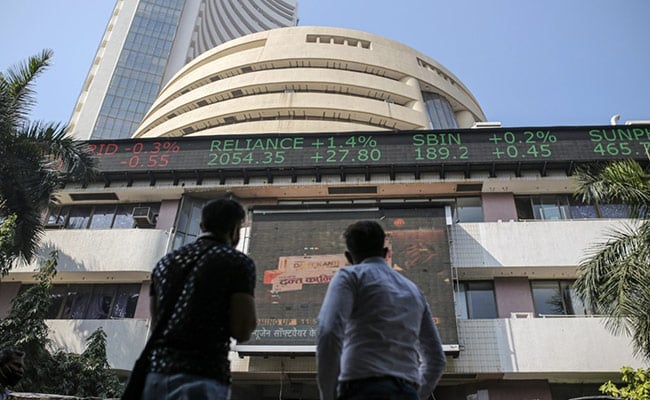 India’s mom-and-pop investors are facing testing times. During a pandemic-era surge in the stock market, millions poured their savings into equities, drawing on advice from unauthorized financial advisers and social media “gurus” to help identify the next big ticket.

But a recent slide in stock values ​​has laid bare the dangers of the country’s lax capital market regulations. Many amateur retail investors, especially the young, sought to make a quick buck by consulting informal groups on platforms like WhatsApp and Telegram. Recourse for investments gone awry is limited: fines for everything from insider trading to wire fraud are a fraction of those imposed in some western nations.

The regulators are now cracking down on internet scams. The Securities and Exchange Board of India recently urged investors to stay vigilant of so-called “pump and dump” schemes — a type of securities fraud that involves artificially inflating prices — and not rely on stock tips from unverified online services.

It’s an increasingly fraught topic around the world. Securities regulators from Spain to Australia are mulling ways to enforce restrictions against social media influencers. Earlier this year, SEBI shut down a Telegram channel called “Bullrun2017” that purported to specialize in penny or small-cap stocks. Group administrators bought shares of small companies, recommended them to their 50,000 or so subscribers, and then sold them for a profit, according to a SEBI order.

In March, the regulator raided premises linked to seven individuals and one company running nine Telegram channels with more than five million subscribers. They used a similar strategy of inflating prices and then selling stocks at a high. Telegram declined to comment.

“Most of these paid services are not good,” said Aditya Trivedi, 25, who runs a popular Telegram group that provides free advice on trade calls. “They regularly post fake screenshots of their profits to stimulate greed. A small guy gets swayed by the hope that they will also make money.”

Trivedi, who has more than 30,000 followers and learned trading from Twitter, said companies often get in touch with influencers like him for paid advertisements to boost the value of their shares. He said he has refused such requests.

The broad challenges of policing social media do not help. In April, Twitter was suddenly flooded with recommendations from several verified handles to invest in shares of Supreme Engineering Ltd. — a special alloys and wire products manufacturer based in Mumbai — after it secured a government contract. Following the online promotion, the penny stock gained close to 21%.

Enforcement is often tricky in India. Unlike in many western nations, where laws protecting investors are daunting and lengthy jail sentences are a real prospect for rule-breakers, India’s tangled legal system hardly acts as a deterrent. Many cases drag with no resolution. The capital market regulator was only granted the authority to arrest securities law offenders a few years ago.

What’s clear is that domestic retail investors are here to stay. India has seen a steady rise in such investors over the past five years as a stagnant real estate market and low interest rates pushed the middle class to explore equity markets. This new cohort of investors is now a key shock absorber for India’s $3.2 trillion stock market, following a plunge in global indexes due to rising oil prices and the Russia-Ukraine war.

The number of new electronic trading accounts opened each month has increased six-fold between 2019 and 2022, according to Finance Minister Nirmala Sitharaman.

But online fraud has surged in tandem with the growth of inexperienced investors. Indian consumers were 10% more likely than the global average to encounter a scam and three times more likely to continue with a ruse, according to a recent study from Microsoft Inc. The report consulted more than 16,000 internet users in 16 countries.

Vivek Mashrani, a former banker and founder of Techno Funds Ventures Pvt Ltd, an investor education firm, said the internet has supplanted television as the medium of choice for such scams. “Wherever there are audience eyeballs, people will use those channels directly or indirectly for their vested interest,” he said.

Many scammers have taken advantage of India’s shortage of registered investment advisers. The country currently has about 62 million unique investors, according to the National Stock Exchange of India, compared with just 1,330 advisers. According to SEBI rules, only certified analysts are allowed to provide financial services.

But loopholes persist, particularly online. In 2016, SEBI proposed barring unregistered individuals or firms from providing investment tips through social media. Still, the recommendation has yet to yield clear rules about whether advice can be provided in an informal educational capacity, an ambiguity many continue to exploit.

“Considering the increasing influence of social media platforms over investors, SEBI is likely to make amendments in its regulations to fill the gaps,” said Sumit Agrawal, a former assistant legal adviser to SEBI. “The success of such changes will be dependent on the way these regulations will be enforced.”

SEBI did not respond to several emails and calls seeking comment.

Kanika Arora, 34, an accountant from Mumbai, is one investor who said she fell into such a trap last year.

After subscribing to portfolio management services offered on Telegram by Namdev Mane Trading Academy, the eponymous founder contacted her directly on the platform. “I personally would be doing buying and selling in your account,” Mane wrote, noting that he would collect 40% of the profits and charge a one-time fee of about $60. “Please note that you can’t make money by trading yourself.”

Within a few months, Arora said she had lost more than half of her Rs 1,00,000 investment.

“Ultimately, I was at fault for trusting someone who was not a SEBI-registered portfolio manager and hence I did not take any further action,” she said, adding that a friend had recommended Mane’s services.

In an interview, Namdev Mane, who lives in the city of Pune, said he is an options trader and holds an MBA, but was not registered with SEBI as an investment adviser. He denied wrong-doing, noting that he provides calls on Indian indexes, but does not offer stock advice.

“Market loss is not equivalent to fraud,” he said. “I am not forcing anyone to take my services.”

Mashrani, the former banker, said Indian regulators need to boost the number of investment advisers by easing some restrictions. The NSE cautioned retail traders this month about reckless derivatives trading after observing that many online influencers were promoting complex options trading to inexperienced clients.

“More qualified people are needed to be allowed in the formal channel,” Mashrani said. “That will automatically eradicate the unregulated guys.”

Kids, coupons, and social media are among the top influences for US parents shopping back-to-school

The Batgirl Cancellation: Why It Happened, the Social Media Fallout, And More